NYC distillers getting innovative in many ways

• From the New York Daily News

Here’s something New Yorkers can drink to.

Just three years after the city’s first distillery since Prohibition opened, they’re now popping up all over the area and branching out with new batches, partnerships, services and books.

“Pairing an old-school brand with this new-school whisky, people really didn’t see it coming,” says Michael Herklots, executive director of retail and brand development for Nat Sherman. “But these are both brands from New York City that focus on the product, making sure things are done naturally to a really high standard.”

Tirado Distillery, operated by a doctor from the Bronx, just launched online shipping across the nation. New Jersey Artisan Distilling, based out of Fairfield, started selling their rums this month. And Kings County Distillery, the first to open in New York City since Prohibition, is releasing a book this fall.

“It’s wild and exciting,” says Allen Katz, who co-founded the New York Distilling Company in Williamsburg. “It’s hard to keep up with how many there are in the borough or in New York City. It goes hand in hand with the acceptance and acknowledgment of New York City as one of the great cocktail centers in the country and in the world.”

Go here for the full story and photos.
Posted by William M. Dowd at 1:57 PM No comments:
Email ThisBlogThis!Share to TwitterShare to FacebookShare to Pinterest

Craft distilling taking off in NJ 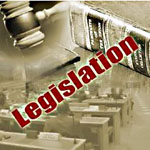 
Over the past five years, an intense national interest in artisanal spirits has taken moonshine mainstream.

And, as of this summer, New Jersey is no longer regulating its commercial distilling industry according to laws written just after the United States repealed Prohibition.

Encouraged by the recent easing of laws governing wine- and beer-making, several pro-alcohol legislators, with the help of a few loosely affiliated handcrafted liquor enthusiasts, lobbied their peers in Trenton to lower barriers to entering the distilling business.

Go here for the full story.
Posted by William M. Dowd at 10:51 AM No comments:
Email ThisBlogThis!Share to TwitterShare to FacebookShare to Pinterest
Newer Posts Older Posts Home
Subscribe to: Posts (Atom)