Whiskey sales up, down ... depending

Different populations allocate their spending in different ways. Take these two items that showed up in my in-box in consecutive postings:

KOREA: Whiskey sales have declined by over 10% from a year ago due to the economic recession. According to the whiskey industry on Monday, a total of 1.06 million boxes of whiskey were sold in the first half of this year, down 10.1% from a year ago. One box consists of 18 500-ml bottles.

Sales seem to have been hit by the trend to economize on entertainment costs amid the recession, as many companies have scaled back their budgets for wining and dining business partners and clients. (Chosun Media)

POLAND: The first half of 2012 was an extremely successful period for distributors of whiskey in Poland, with demand for more expensive brands rising year-on-year. “After a couple of years of expansion of the whiskey market in Poland, the Polish consumer is more educated and ready to purchase the best-known brands but is also up for experimenting with novelties,” Jarosław Buss, president of Tudor House, which imports and distributes luxury alcohol in Poland, told Rzeczpospolita.

Diageo, the owner of Johnnie Walker, presented research by Nielsen showing that during the first four months of 2012, their sales in terms of volume grew 77%, and in terms of value by 83%. (Warsaw Business Journal)

She goes where her nose leads her

• From The Wall Street Journal

No one has ever said that women are overrepresented in the beaker-and-Bunsen-burner world of science, though at least they have had more chances there than in the tweed-and-testosterone world of Scotch whisky.

This makes Rachel Barrie a double anomaly -- a chemist whose work crafting celebrated Scotch malt whiskies has earned her the rare rank of Master Blender. Science is crucial to the distiller's art.

One has to know how to measure the "physical parameters" of the whisky -- hydrometers to determine the percentage of alcohol, pH meters to test acidity. And then there are the more elaborate modern technologies of analytical chemistry, such as "gas chromatography" and "high-performance liquid chromatography," which Ms. Barrie said can map the chemical makeup of malts thoroughly enough "to provide a 'fingerprint' of our whiskies for quality and authenticity purposes."

Yet trying to understand Scotch whisky with a gas chromatograph is like trying to plumb the mysteries of consciousness with an fMRI brain scan: interesting -- even helpful -- but woefully insufficient. Whiskies from the island of Islay are known for being briny -- the distilleries are all but in the sea -- but lab instruments can't nail down that oceanic quality.

When it comes to assessing the interaction of hundreds of "aroma compounds" that shape how we taste, said Ms. Barrie, "the most sophisticated measurement tool remains the human nose."

Taste buds are a clumsy substitute and would never survive the gauntlet of casks that must be gotten through every week. It was Ms. Barrie's nose that sniffed out a new career. With a degree in chemistry from the University of Edinburgh, she landed a gig testing the chemical makeup of Newcastle Brown Ale. In 1991, she won an internship at the Scotch Whisky Research Institute on the strength of her ability to identify scents.

"Part of the interview was nosing 20 little bottles," Ms. Barrie recalled. "I had to detect, recognize and describe" the various aromas, which included classic scotch overtones ranging from phenol, birch tar and camphor to eucalyptus, lavender and juniper. Before acing that test, she had never realized that she had an extraordinary sense of smell. 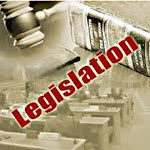 FRANKFORT, KY -- A proposed law would allow Kentuckians to buy alcohol on election day for the first time since at least the 1930s.

State Rep. Arnold Simpson, D-Covington, next week will discuss before lawmakers in Frankfort a bill he’s tried to get passed in some form or another for four years to make alcohol sales legal on election day.

Kentucky is one of only two states that still bans alcohol on election days, with South Carolina being the other, according to the Distilled Spirits Council of the United States (DISCUS). The laws trace back to the early 20th Century when saloons also served as polling places. ...

The state doesn’t need to worry as much about people buying votes with liquor but does need to worry about the loss of both tax revenue for the state and business revenue for restaurants and liquor stores, said Simpson. "Most jurisdictions have done away with this prohibition. We need every dollar in taxes we can generate and permit businesses to work.”

Simpson will speak before the Interim Joint Committee on Licensing and Occupations on Friday, July 13 ... . The bill has died in committee each of the previous four sessions.

OSAKI, MN -- Panther Distillery, the first -- and only -- legal distillery in the state -- has opened for business.

The distillery, founded in 20120 by Adrian Pather, took two years of planning, work and obtaining state permits to officially open.

He and head distiller Brett Grinager will host the public at a grand opening event set for 1 to 4 p.m. Wednesday through Saturday this week.

The Panther Distillery team uses a 500-gallon copper still and fresh, local ingredients from area farmers. They now are barreling their signature whiskies, which will be aged for two years. Meanwhile, they're producing a clear, unaged spirit called White Water Whiskey. A gin, a rye and a rum are planned as well.

The distillery is located at 300 East Pike Street. Its website has other details.