This is the opposite of college-era cheap tequila 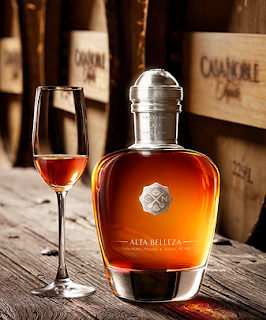 When I hear people say negative things about tequila, usually citing a bad experience in college or some such period, I cringe. As I usually point out, that probably was because they had been binging rather than drinking, and at that age probably didn't have enough money or common sense to buy anything other than rotgut.

On the whole, tequila is an exquisite spirit, the manufacture of which is tightly controlled, rigorously graded and categorized. It does not have a worm in the bottle -- that has been an occasional gimmick with mezcal, tequila's poor cousin. It is not necessarily inexpensive, with prices of decent stuff ranging from reasonable to very expensive, just as is the case with whiskies and rums.

That said -- and I don't mind paying a premium price for a premium spirit, I find a new release from Casa Noble, a boutique small-production brand with nearly three centuries of history, way overboard. While its portfolio of super premium tequilas is a regular award winner with expressions priced at around $50 a bottle, its new limited-production Alta Belleza carries a retail price of $1,200 a bottle.

Alta Belleza is the first creation in Casa Noble’s new Colección del Fundador, planned as an ongoing series of rare, limited-release, collectible tequilas. It will be available beginning next month at high-end shops in select markets such as New York, Boston, Washington DC, and elsewhere.

Only 563 bottles were produced, so the most Casa Noble will make from it is $675,600, but it probably will reap at least that amount in free publicity. Such as this posting.

Posted by William M. Dowd at 1:11 PM
Email ThisBlogThis!Share to TwitterShare to FacebookShare to Pinterest