For what it's worth, here are some 'bests' 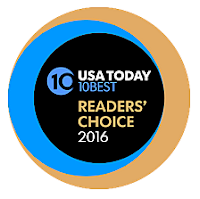 I'm not a big fan of "best of" lists. Yes, I do post reports on some of them because, well, because a lot of readers seem to enjoy them and they are at least a yardstick of some sort if they are created by specialists in their field.

To my knowledge, the readers of USA Today are not particularly expert as a group on the topic of distilling. Despite that, the newspaper decided to poll them on the question of which distillery produces the "best" whiskey, rum, vodka, gin, tequila and specialty spirits in the U.S. (Note: The tequila companies could be headquartered in the U.S., but their spirits have to be made in certain regions of Mexico to qualify as tequila.)

The methodology for bestowing such an honor fell to USA Today's "10Best" staff. Yes, it actually has a staff devoted to coming up with "best of" lists in all sorts of categories. Why not? Such things draw eyeballs and keystrokes from a public well known for seeking out the latest fads.

In this instance, say the editors, "10Best set out on a mission to find the best craft and small-batch spirits producers -- family-owned distilleries, grain-to-glass operations or distillers using only the best local ingredients in their products.” They asked a lineup of spirits judges, bartenders, writers and others to nominate distilleries in categories -- then asked readers to pick their faves.

None of New York State's craft distillers finished first in any category, but several did make the top 10s:

Posted by William M. Dowd at 12:22 PM
Email ThisBlogThis!Share to TwitterShare to FacebookShare to Pinterest